Listen to the Inaugural Event

George Stanley Halas, the legendary founder of the Chicago Bears, led the team for more than a half-century. “Papa Bear” was considered “Mr. Everything” of pro football and was one of the most enduring personalities in sports history. Halas served as the head coach of the Bears for 40 years while leading the team to six NFL titles. He amassed 324 coaching wins, an NFL record which stood for nearly three decades.

Halas founded the Decatur Staleys and attended the league organizational meeting in 1920. He was the only person associated with the NFL throughout the first 50 years. Halas was born February 2, 1895 and raised on Chicago’s west side. He prepped at Crane Tech High School before attending the University of Illinois.

In Champaign, he lettered in football, basketball and baseball. After graduation in 1918, Halas joined the Navy for the first of two tours of duty. He was named player of the game in the 1919 Rose Bowl, playing end on the Great Lakes team. After leaving the Navy, Halas played right field for the New York Yankees, but a hip injury shortened his baseball career. He played end for the Bears from 1920 -1929 and was named to the NFL all-pro squad of the 1920’s. During the 1940’s, his teams reached the height of their power with four straight Western Conference titles, three world championships and a fantastic four year record of 62-7-1.

The 1940 team, which defeated the Washington Redskins 73-0 for the World Championship, was voted the greatest professional team of all time. In 1963 Halas led the Bears to their 8th NFL championship and was named Coach of the Year, an honor he also won in 1965. Halas retired from coaching in 1968 with a career record of 324-151-31. His win total was the best in NFL history until Don Shula broke the mark in 1993.

Halas is a charter member of the Pro Football Hall of Fame. George and his wife Min had two children Virginia and George Junior better known as “Mugs.” As a life long Catholic, Halas was a man of faith and a man of prayer. George “Papa Bear” Halas died October 31, 1983, at the age of 88. 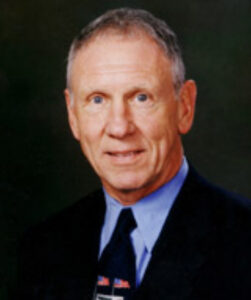 Danny Abramowicz is a Catholic evangelist extraordinaire who travels across the country inspiring men and speaking to Catholic groups about his faith in Christ.

Abramowicz has a long history with the NFL as a player, coach and broadcaster. Danny was a wide receiver with the New Orleans Saint’s from 1967 to 1973 and the San Francisco 49ers from 1973 to 1974. Some of his accomplishments include the NFL’s leading receiver and All-Pro in 1969.

Danny was voted to the Saints Silver Anniversary Team. Danny is a member of the following Halls of Fame: Louisiana, Saints, Sugar Bowl and National Polish. He later worked as special teams coach for the Chicago Bears and was the offensive coordinator for the Saints. He attended Xavier University in Cincinnati, Ohio and graduated with a Bachelor of Science Degree in 1967.

Abramowicz. serves as President of the Donum Dei Foundation and works in full- time ministry to men funded by Donum Dei. Abramowicz is the author of an outstanding faith and football book called “Spiritual Workout of a Former Saint.”

Danny lives in Steubenville, Ohio with Claudia, his wife of 41 years. Abramowicz is the father of three children and has three grandsons. 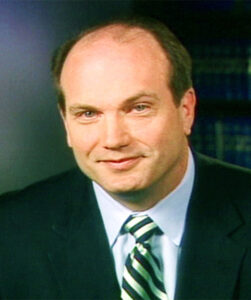 Christopher James Godfrey is the President and Founder of Life Athletes, a fellowship of world class athletes who protect life by knowing, building and giving the best of themselves particularly in relationships with the opposite sex.

Godfrey is a member of the Indiana Bar. Prior to graduating from the University of Notre Dame Law School, Chris played nine years of professional football with the New York Giants, the New York Jets, Seattle Seahawks and the Michigan Panthers of the USFL.

Chris is the author of the popular curriculums That’s Where I Live – A Guide to Good Relationship, Mike and Will’s Not-So-Excellent Adventure, As in a Mirror, and the See I Make All Things New series. Chris speaks at schools and forums across the nation and has appeared in various media.

A frequent contributor to the NCEA, he is president of the St. Joseph’s High School Board of Education, and resides in South Bend, Indiana with his wife Daria and six children.

Documents and Images from the Event